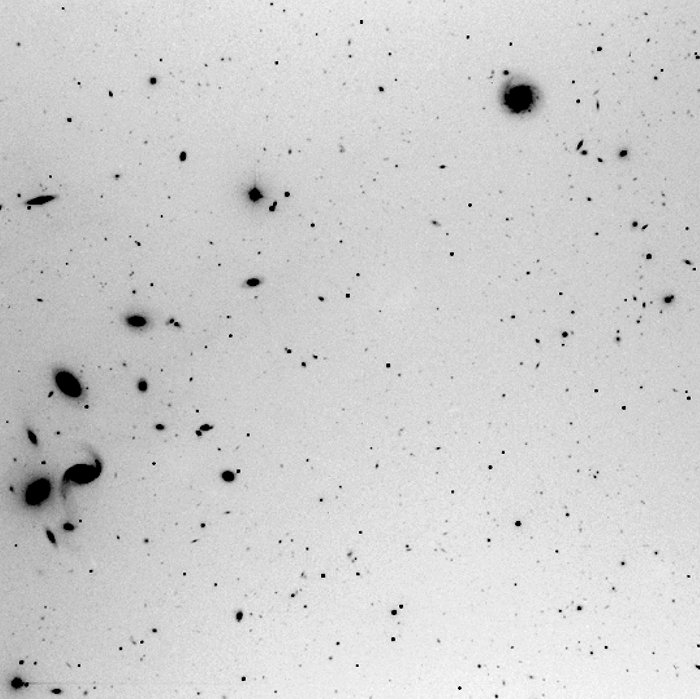 Produced from a 5-min near-infrared exposure, this image was obtained during the night of First Light of the FORS1 instrument (September 15, 1998). It shows a sky field near the quasar PB5763 in which is also seen a peculiar, quite distant cluster of galaxies. Many other fainter galaxies are seen in other areas, for instance in the right part of the field.

Images eso9845b (negative) and eso9845c (positive) are based on a monochrome image taken in 0.8 arcsec seeing through a near-infrared (I; 800 nm) filtre. The exposure time was 5 minutes and the image was flat-fielded. The fields shown measure 6.8 x 6.8 arcmin and 2.5 x 2.3 arcmin, respectively. North is to the upper left; East is to the lower left.