Take a Closer Look: The innermost region of protoplanetary discs and its connection to the origin of planets 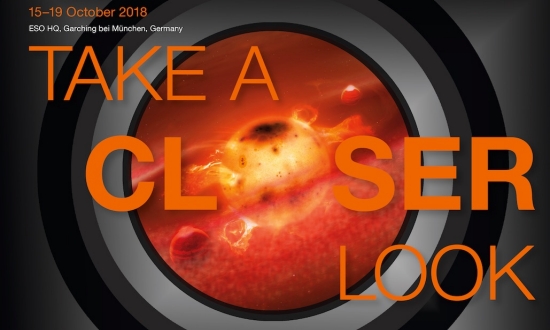 The quest for detecting exoplanets (e.g., via Kepler and HARPS RV surveys) has revealed the existence of a large population of systems comprising one to several planets very close to the central star, i.e. at distances of 0.1-1 au, even around TTauri (age<5 Myr) stars. These are usually slightly bigger than the Earth and up to Neptune sizes, with rare Jupiter analogues. This finding differs to what we observe in our own Solar System, and raises the question of how such planets form. From a theoretical point of view, it is still hard to show that these planets formed in-situ, but it is similarly complicated to explain this large population of close-in planets as a result of migration through the disk. Additional evidence of the importance of this region comes from our own Solar System, where studies have established that material routinely observed in meteorites (e.g., Ca-Al-rich inclusions, CAI) must have formed very close to the central star, or in a very hot region of the disc.

To advance our understanding of planet formation and migration, it is crucial to study the conditions within the inner regions of their progenitor protoplanetary discs. The innermost part of the disc is where most of the star-disc interaction processes take place. The magnetic field topology of the central star truncates the disc at a few stellar radii and drives accretion of material onto the central star, as well as the ejection of fast-collimated jets and slow winds. Recent studies indicate that this star-disc interaction evolves quickly at the same time that giant planet formation ceases. Also, this region is known to undergo rapid evolution, for example, short or long lasting dimming events (e.g., AA-Tau, RW Aur, dippers). This rapid evolution is, in itself, likely to impact the formation of planets. Finally, a fraction of discs known as transition discs, show a deficit of dust in the inner few au of the disc, which could be related to the mechanism driving disc evolution in this planet-forming region.

Studies of this key inner disc region require innovative techniques and a wide range of instrumentations, since radio interferometers cannot resolve spatial scales smaller than ~10 au in most discs. Observations with instruments on the ESO/VLT and VLTI and other facilities provide us with unprecedented detail and motivate this workshop. Specifically, this workshop aims at discussing the present-day knowledge of the morphology and composition of the innermost regions of the disc, of the star-disc interaction processes, and of the theories to describe the evolution of the innermost regions of discs and of the formation of close-in planets. The workshop will thus cover the following themes:
- observations of the innermost regions of discs (<0.1-1 au, with near-IR interferometry, adaptive optics, spectroscopic techniques, space-based diffraction limited telescopes such as HST and JWST in the future)
- modeling of the inner disc (structure of the inner gas disc, disc walls, effects of magnetic fields)
- observations and theoretical predictions of processes happening at the inner disc-star interface (e.g., magnetic fields, accretion, jets)
- observations of exo-planets close to the central star (hot Jupiters, transits...)
- theoretical predictions to explain the origin of planets detected close to the stars

For information please contact tcl2018@eso.org. If you want to receive future information on the workshop, please fill in the pre-registration form and follow us on twitter.