The Near InfraRed Planet Searcher (NIRPS) instrument, mounted on ESO’s 3.6-m telescope at the La Silla Observatory in Chile, has successfully performed its first observations. Its mission is to search for new exoplanets around the Milky Way’s coolest stars.

“NIRPS has been a long time in the making, and I’m thrilled with how this mission has come together!” says René Doyon, Director of the Institute for Research on Exoplanets, Université de Montréal, and co-Principal Investigator of NIRPS. “This incredible infrared instrument will help us find the closest habitable worlds to our own Solar System.”

The instrument will focus its search on rocky worlds, which are key targets for understanding how planets form and evolve, and are the most likely planets where life may develop. NIRPS will search for these rocky exoplanets around small, cool red dwarf stars — the most common type of stars in our Milky Way galaxy, which have masses from about two to ten times smaller than our Sun.

NIRPS will search for exoplanets using the radial velocity method. As a planet orbits a star, its gravitational attraction causes the star to “wobble” slightly, causing its light to be redshifted or blueshifted as it moves away from or towards Earth. By measuring the subtle changes in the light from the star, NIRPS will help astronomers measure the mass of the planet as well as other properties.

NIRPS will search for these spectral wobbles using near-infrared light as this is the main range of wavelengths emitted by such small, cool stars. It joins the High Accuracy Radial velocity Planet Searcher (HARPS) in the hunt for new rocky worlds. HARPS, which has been installed on ESO’s 3.6-m telescope at the La Silla Observatory in Chile since 2003, also uses the radial velocity method, but operates using visible light. Using both instruments simultaneously will provide a more comprehensive analysis of these rocky worlds.

Another key difference between the two instruments is that NIRPS will rely on a powerful adaptive optics system. Adaptive optics is a technique that corrects for the effects of atmospheric turbulence, which cause stars to twinkle. By using it, NIRPS will more than double its efficiency in both finding and studying exoplanets.

“NIRPS joins a very small number of high-performance near-infrared spectrographs and is expected to be a key player for observations in synergy with space missions like the James Webb Space Telescope and ground-based observatories,” adds François Bouchy, from the University of Geneva, Switzerland, and co-Principal Investigator of NIRPS.

Discoveries made with NIRPS and HARPS will be followed up by some of the most powerful observatories in the world, such as ESO’s Very Large Telescope and the upcoming Extremely Large Telescope in Chile (for which similar instruments are in development). By working together with both space- and ground-based observatories, NIRPS will be able to gather clues on an exoplanet’s composition and even look for signs of life in its atmosphere.

NIRPS was built by an international collaboration led by the Institute for Research on Exoplanets team at the Université de Montréal in Canada and the Observatoire Astronomique de l’Université de Genève in Switzerland. 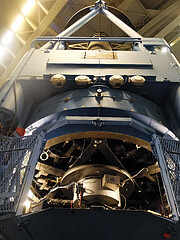