Locations of the rogue planets found 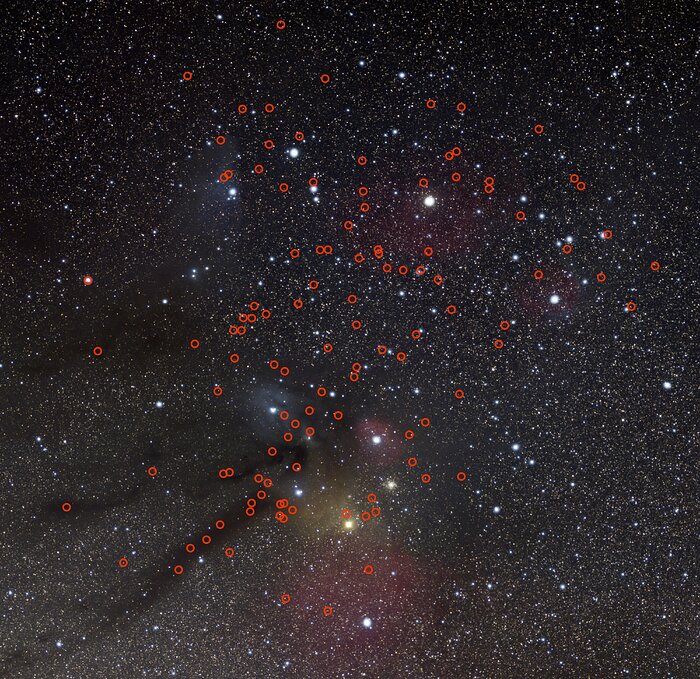 This image shows the locations of 115 potential rogue planets, highlighted with red circles, recently discovered by a team of astronomers in a region of the sky occupied by Upper Scorpius and Ophiucus. Rogue planets have masses comparable to those of the planets in our Solar System, but do not orbit a star and instead roam freely on their own.

The exact number of rogue planets found by the team is between 70 and 170, depending on the age assumed for the study region. This image was created assuming an intermediate age, resulting in a number of planet candidates in between the two extremes of the study.