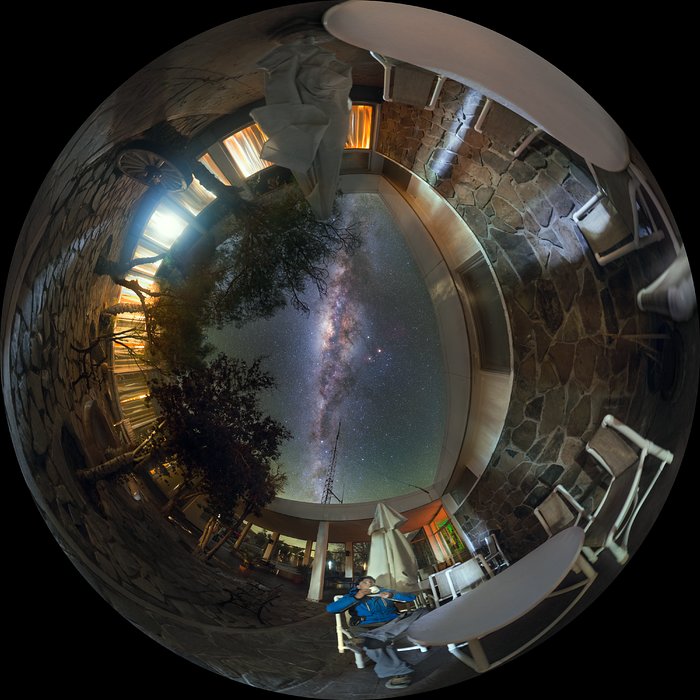 Many people will be familiar now with stunning images of the Milky Way, taken by powerful telescopes. What might stagger people about this photo therefore may not be the galaxy itself, but the fact that this wealth of detail was captured with a camera. The Milky Way is visible to the naked eye out in the dry conditions of the Chilean desert where this image was taken, where the lack of human life for miles around ensure a lack of light pollution.

Getting such detail with only a camera is no simple task, and this photo has a funny story behind it. The photographer, Petr Horálek, who is an ESO photo ambassador, took 52 single shots to assemble this image. Managing the composition was tricky as it involved moving furniture and the photographer himself, who is the stargazing coffee-drinker in the image. All night Petr worked into the early hours, with only the low light of the corridor to disturb him. However, just as he prepared for the final few shots, the service staff at la Silla arrived en masse, turning on bright lights and ruining the photo. Petr had to return before 5.15 the next morning in order to finish his image. Such dedication and patience are important qualities for an astrophotographer, and what appears to be a beautifully peaceful moment was in fact the result of much hard work!