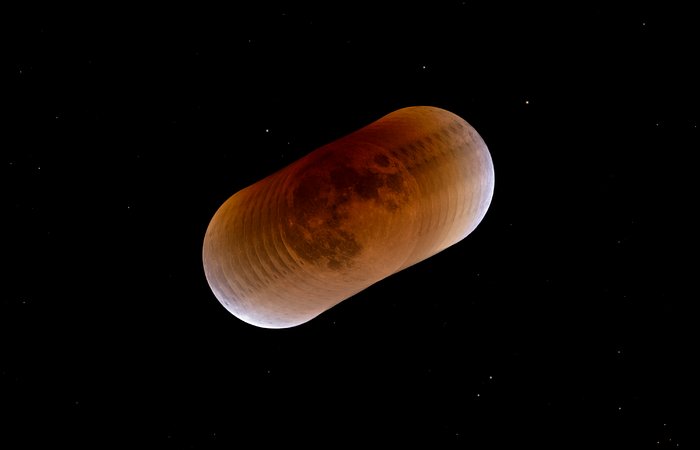 The lunar eclipse on the 31st of January 2018 occurred when our satellite was also in its perigee, or its closest distance to Earth, as well as being the second full moon in the month of January. This infrequent event was called a super blue blood moon and was widely photographed around the world (with the only exception of regions between 70° West to 50° East, where it was not visible).

This image follows the movement of the moon through Earth's shadow during the total lunar eclipse. To the right and left sides, a brighter edge of Eart's shadow shines at the brim of the Moon, announcing the beginning and the end of the eclipse.