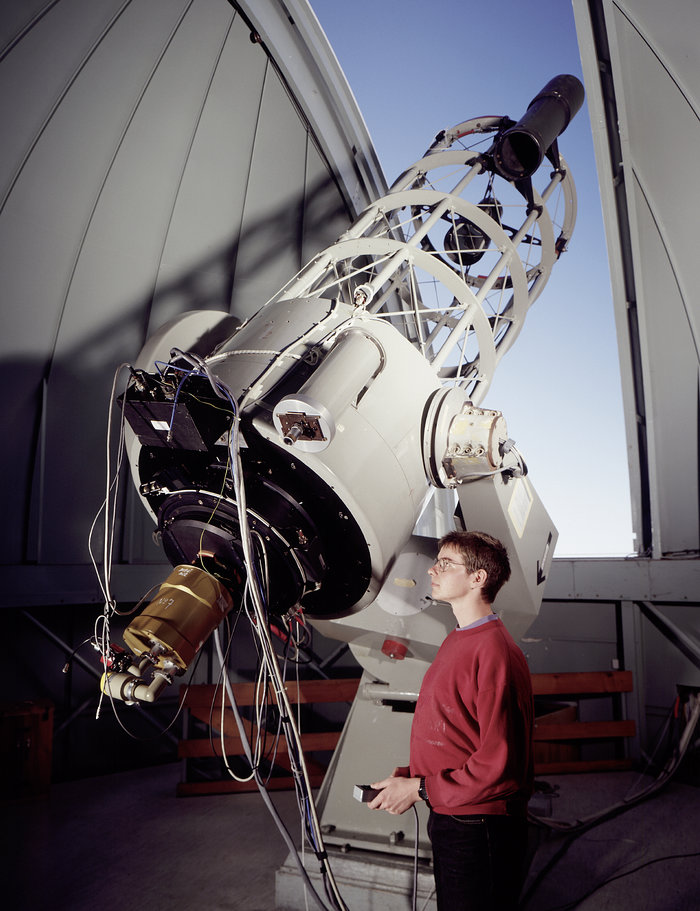 The Dutch 0.9-metre telescope was installed at La Silla in 1979 after being at Hartebeespoortdam in South Africa for many years equipped with a Walraven photometer. It is a reflecting telescope built by Rademakers of Rotterdam, Netherlands in the 1950's. In 1991 the telescope was re-equipped with a CCD and a Cassegrain Adapter with two filter wheels and an autoguider. The telescope is of Dall-Kirkham design; that is an elliptical primary mirror and a spherical secondary mirror. The primary mirror has a diameter of 91cm, is f/3.52 and the telescope is f/13.75. The Cassegrain plate scale is 16.52 arcseconds per mm. In 2006, the telescope was donated to Alain Maury, who moved it to his observatory next to San Pedro de Atacama, where he uses it searching for asteroids.