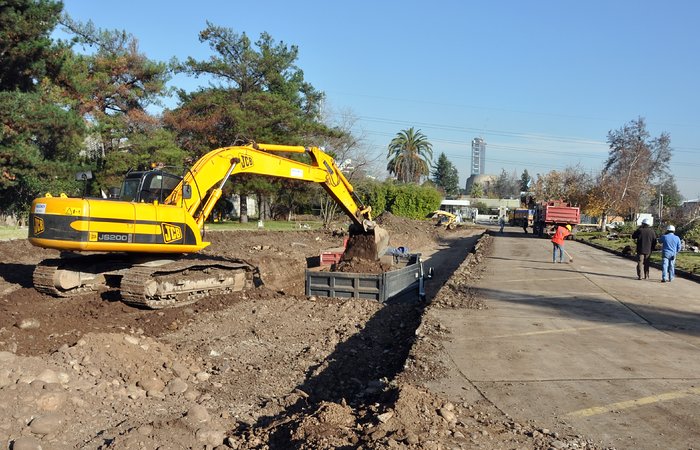 The building, in the Vitacura district of the Chilean capital, will be adjacent to the Santiago offices of the European Southern Observatory (ESO), which is the European partner in the global ALMA project, and which is responsible for constructing the ALMA SCO.

The SCO building will have a size of almost 7,000 square metres over two storeys, with underground parking for 130 cars, which will allow some of the existing above-ground parking spaces to be moved underground and replaced with green areas. For the construction, eleven old trees were moved to a new location at ESO, in a meticulous operation led by experts.

ALMA, the largest astronomical project in existence, is a revolutionary astronomical telescope, comprising an array of 66 giant 12-metre and 7-metre diameter antennas observing at millimetre and submillimetre wavelengths. The facility is currently under construction on the 5000m high plateau of Chajnantor in the Chilean Andes. The construction of the ALMA Santiago Central Office is scheduled for completion in 2010. ALMA is a partnership of Europe, North America and East Asia in cooperation with the Republic of Chile.