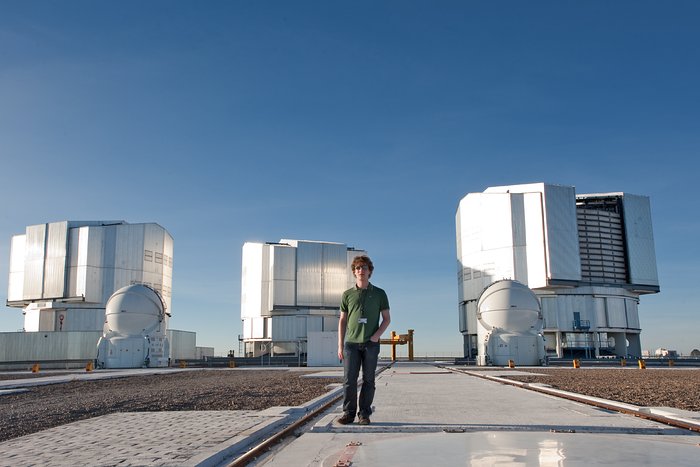 Julian Petrasch, who won the special ESO prize at the 21st European Union Contest for Young Scientists (EUCYS), during his prize trip to ESO’s La Silla and Paranal Observatories from 7–13 February 2010. Here he stands on Cerro Paranal in front of the ESO Very Large Telescope (VLT).