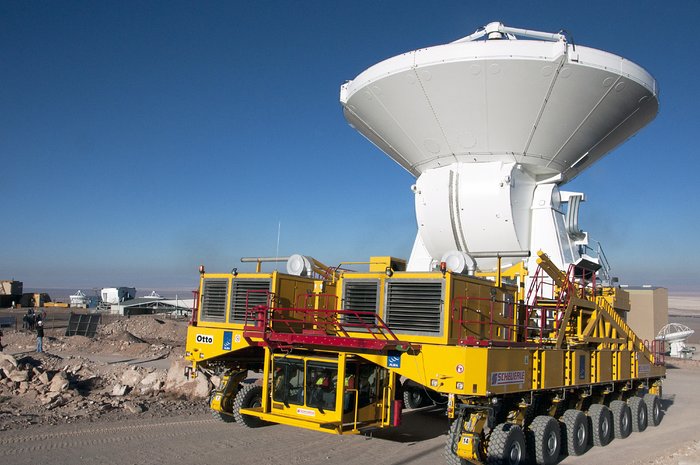 The first European antenna for ALMA is moved the short distance from the Site Erection Facility, where it was assembled, to the Operations Support Facility on one of the giant yellow ALMA transporter vehicles. The two sites are next to each other, at an altitude of 2900 metres in the foothills of the Chilean Andes. This short trip marks the handover of the antenna from the AEM Consortium (Thales Alenia Space, European Industrial Engineering, and MT-Mechatronics), who built it, to the ALMA Observatory. The antenna weighs about 95 tonnes, and its dish has a diameter of 12 metres. It joins other antennas provided by the North American and East Asian ALMA partners. After testing at the OSF, it will be moved up to the 5000-metre Chajnantor plateau, where the ALMA telescope is taking shape.