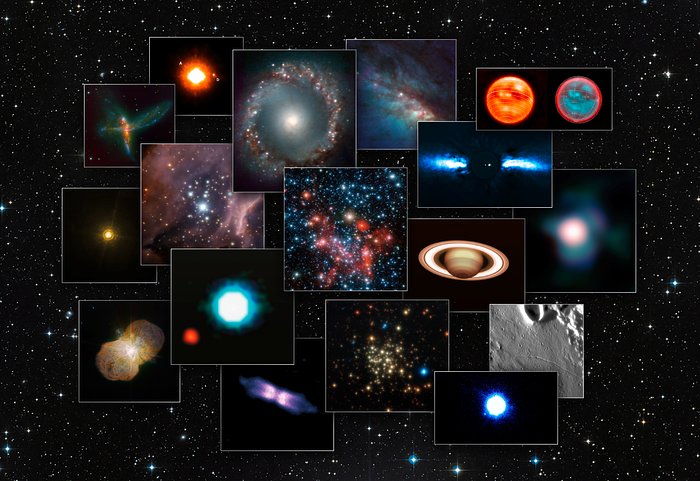 This composite picture shows some of the many super-sharp images obtained by the NACO adaptive optics system on the ESO Very Large Telescope. In November 2011 NACO celebrates the tenth anniversary of its first light. By compensating for turbulence in the Earth’s atmosphere NACO greatly improved the telescope’s image sharpness and scientific potential.