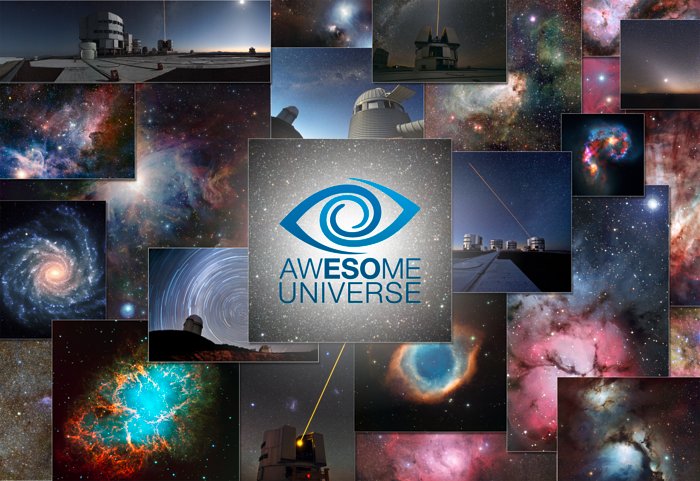 "Awesome Universe — the Cosmos through the Eyes of the European Southern Observatory" is an exhibition campaign throughout 2012–2013 that celebrates 50 years of Europe’s quest to explore the southern sky, organised on the occasion of ESO’s 50th anniversary.