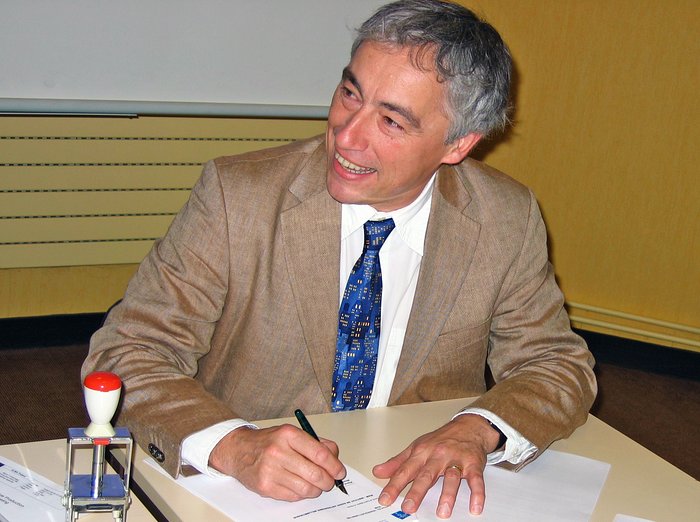 Dr Pierre Cox signing the contract for the ALMA Band 7 receivers. The ALMA Board announced on 14 November 2012 that Dr Cox has been appointed as the next Director of ALMA, the Atacama Large Millimeter/submillimeter Array. He will take up duty on 1 April 2013, for a period of five years.