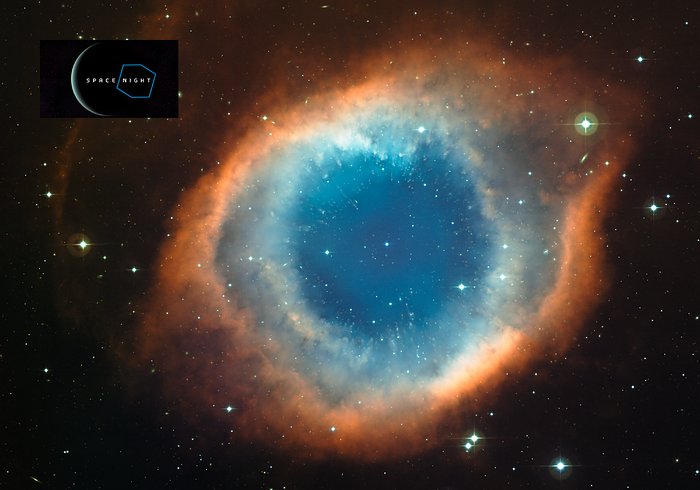 The most recent installment in the long-running evening television series Space Night, from the German television station Bayerischer Rundfunk, features many images and video segments provided by ESO.

The programme, which has been running for almost 20 years, features images and video sequences of both the cosmos and the Earth seen from space. The spectacular visuals come from ESO, ESA and NASA and are set to relaxing electronic chillout music that has been created by fans of the show under the creative commons licensing scheme.

This view shows one of the ESO images used in the programme, a picture of the Helix Nebula from the MPG/ESO 2.2-metre telescope at La Silla.