The first 22-watt sodium laser of the Adaptive Optics Facility 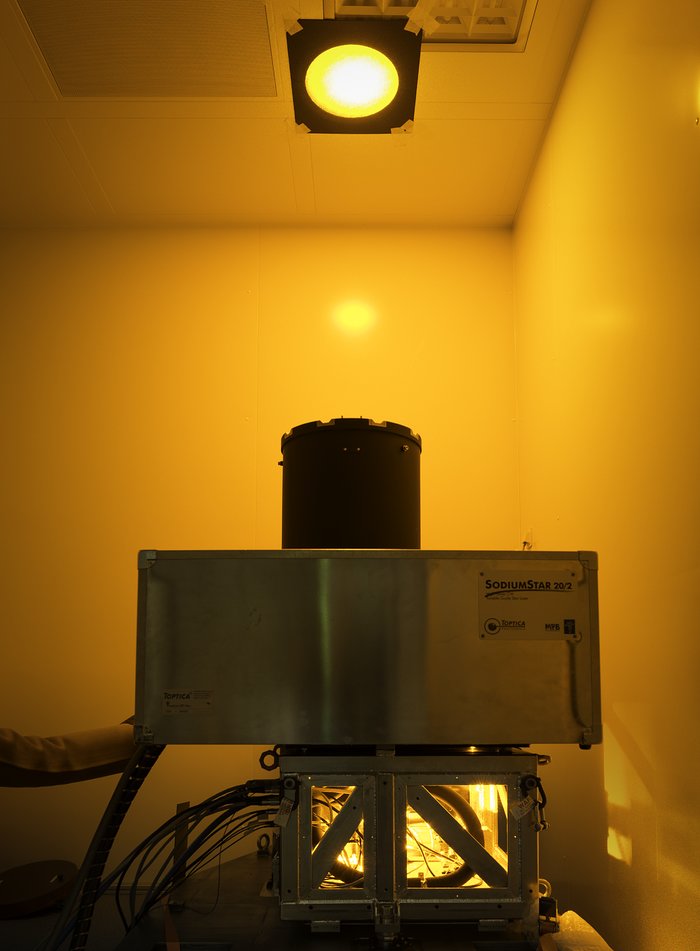 In March 2014 a new 22-watt laser has was accepted from the suppliers TOPTICA and MPB following nearly five years of sustained collaboration and effort. This laser system will form part of the Adaptive Optics Facility project at ESO’s Very Large Telescope (VLT). This laser, and four further similar units (including one spare) that will be delivered later, constitute key elements of the new facility and this acceptance marks a major step forward for the project.