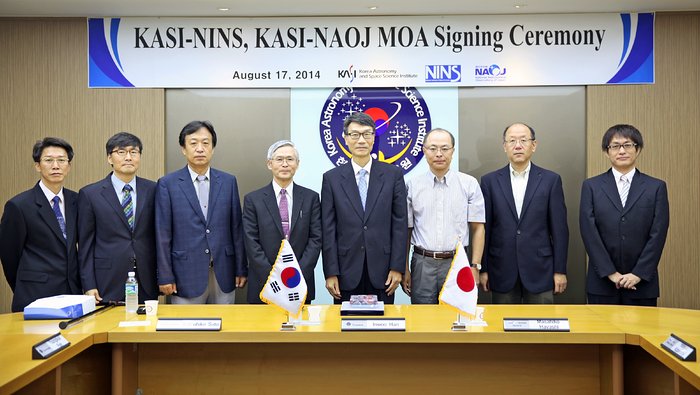 On 17 August 2014, the National Institutes of Natural Sciences (NINS) and Korea Astronomy and Space Science Institute (KASI) signed an agreement concerning the operations and development of ALMA. With this agreement, Korea officially joined in the East Asia ALMA consortium whose current members are Japan and Taiwan.