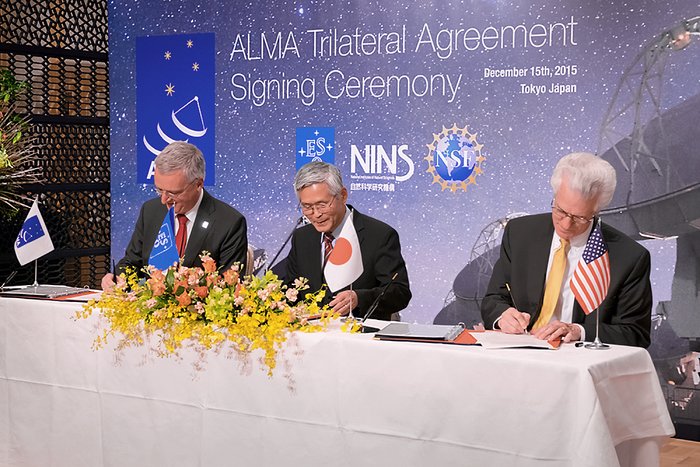 A trilateral agreement between ESO, the National Science Foundation (NSF) and the National Institutes of Natural Sciences (NINS), concerning the operation of ALMA was signed in Tokyo, Japan, on 15 December 2015. The contributions of the three international partners ensure the continued success of this transformational (sub-)millimetre observatory located on Chajnantor Plateau in northern Chile. The new agreement provides the framework for the long-term operations of ALMA over the next 30 years