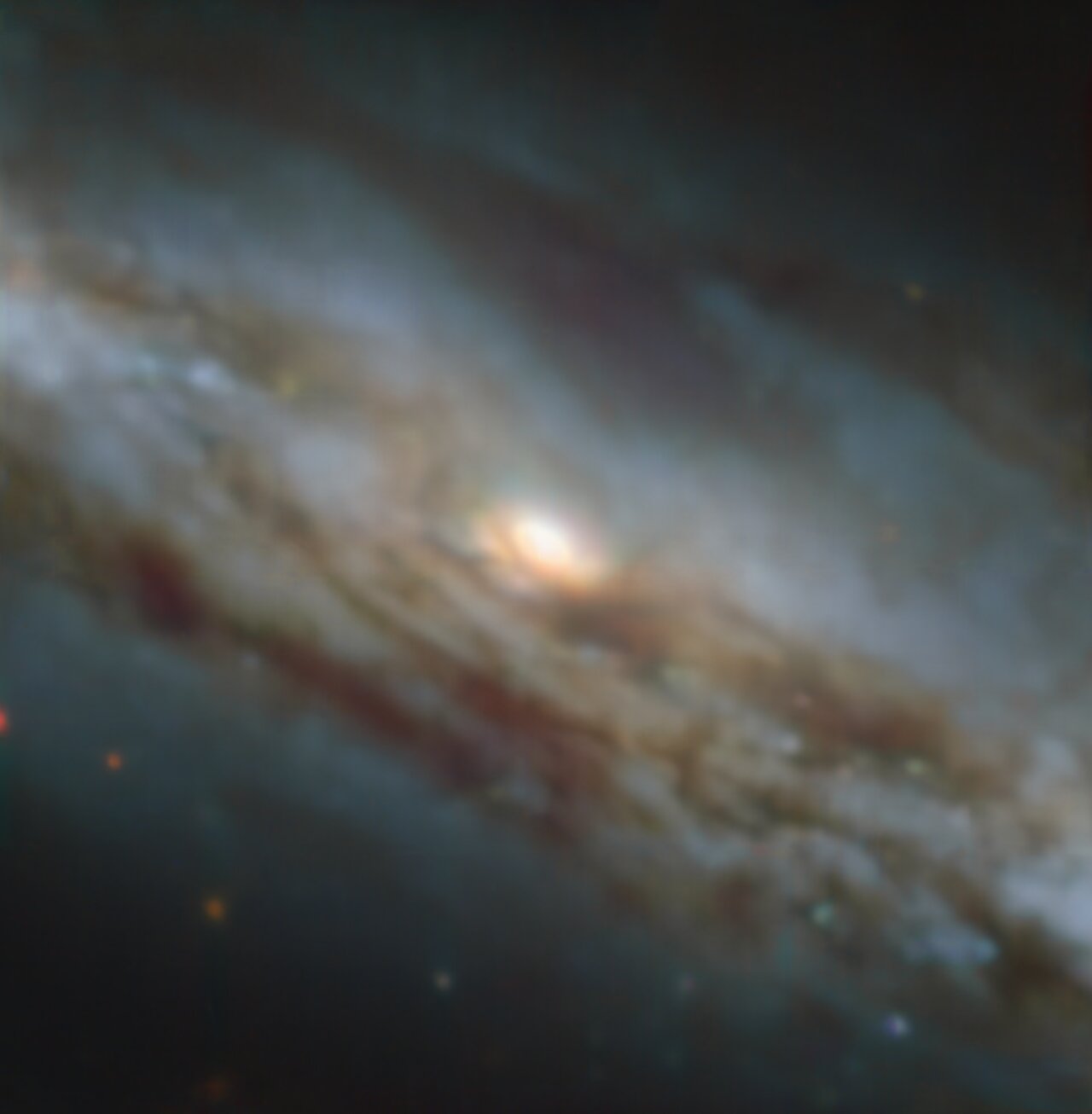 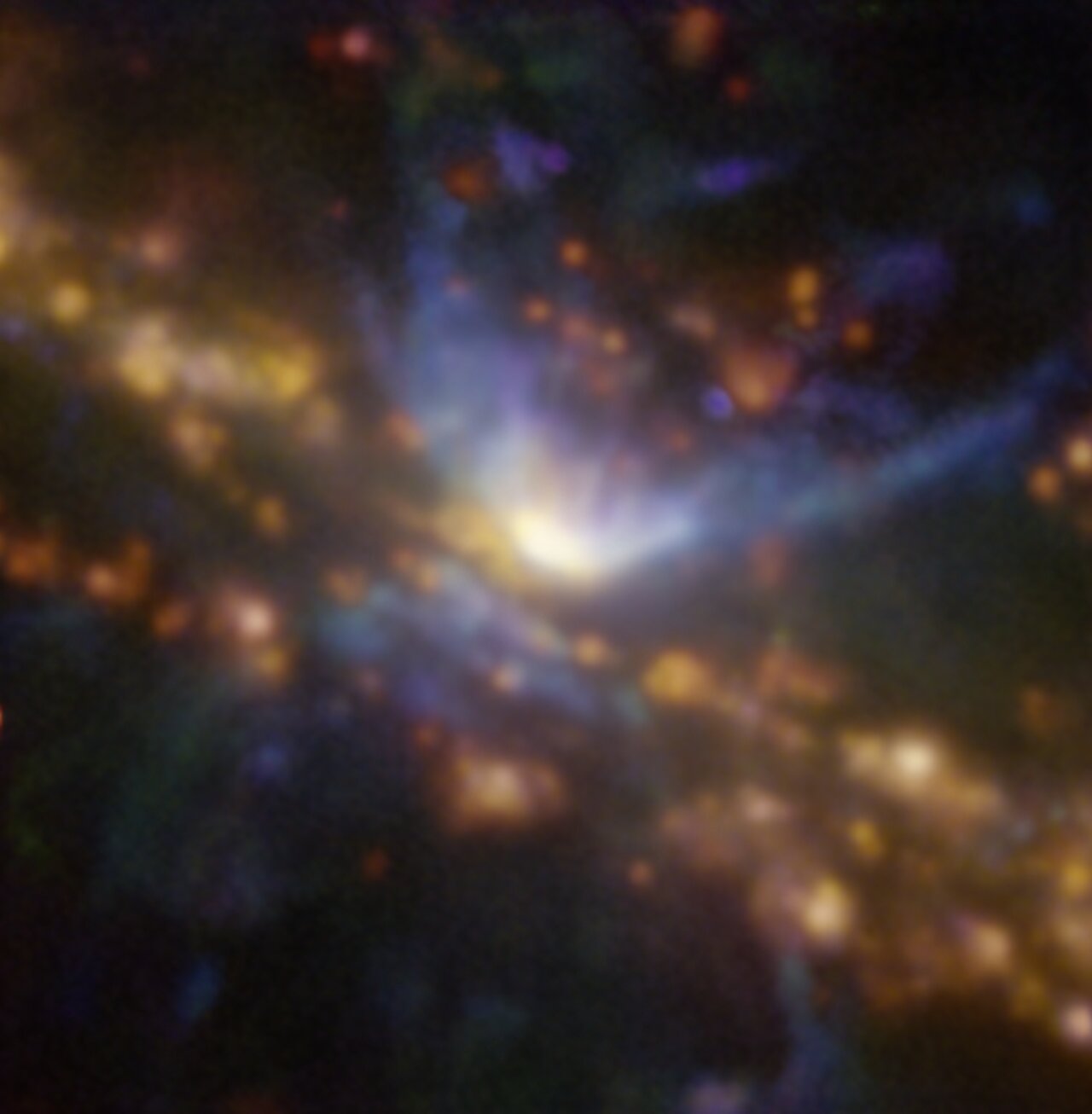 To find out, a recent study, led by Stéphanie Juneau from NSF's NOIRLab in the USA, looked at the distribution of different ionised elements in the galaxy. Use the interactive image slider to compare both images. The image on the right shows oxygen, nitrogen and hydrogen in blue, green and red respectively. The red glowing areas are regions of high star formation activity, whereas the dominant blue regions show the cone-shaped material flowing out of the AGN. The image on the left, which covers the same area, shows a more classical view of this galaxy, with dust lanes obscuring blue and orange starlight. 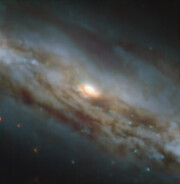 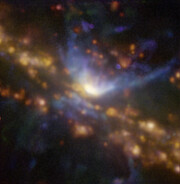 PR Image potw2206c
A black hole caught blowing a gust
Send us your comments!
Subscribe to receive news from ESO in your language
Accelerated by CDN77
Terms & Conditions