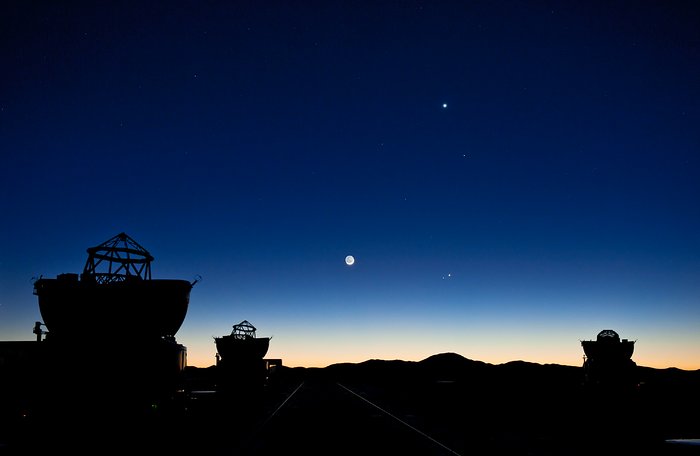 Four planets appear close in the sky at sunrise, on 1 May 2011. In this picture, taken from the VLT platform, the planets are seen roughly aligned vertically, to the right of a a tiny crescent Moon, visible at the centre of the picture. From top to bottom the planets are Venus (the brightest and highest), Mercury (below it and slightly to the right), and then Jupiter and Mars (close together and below the level of the Moon). The mountain whose rounded silhouette is seen directly below the planets is Cerro Armazones, the selected site for the ELT. Three of the VLT’s four Auxiliary Telescopes (ATs) are visible in the foreground. A different shot taken at about the same time was featured as ESO Picture of the Week on 2 May 2011.