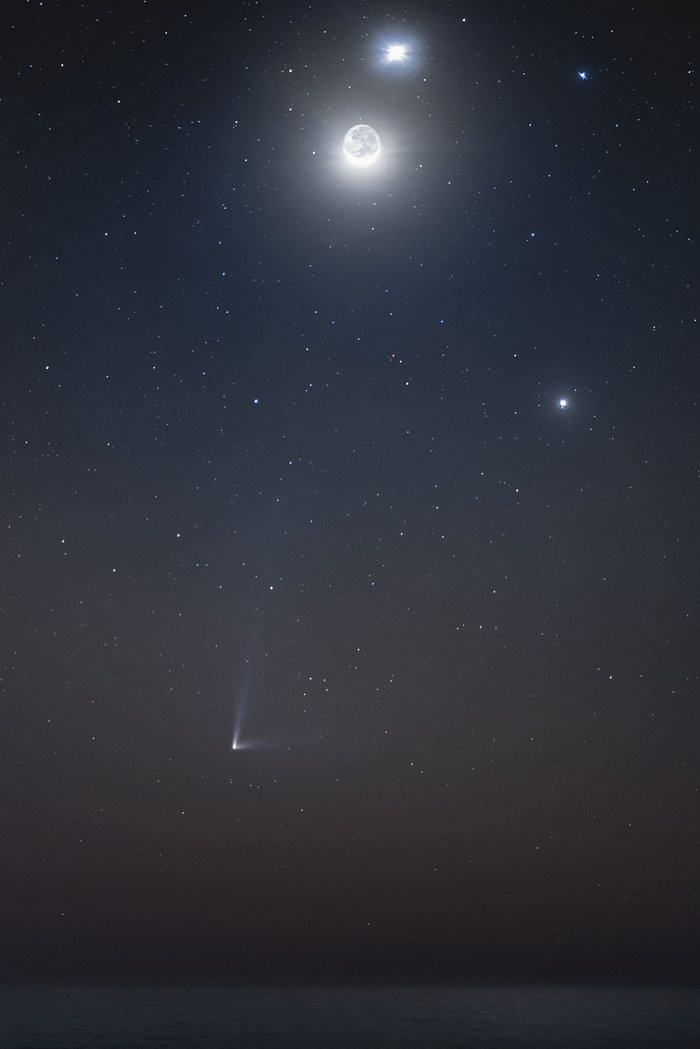 A treasure trove of jewels are revealed in the night sky. Biggest and brightest, the full Moon is flanked by the planets Venus and Jupiter, the second brightest objects in the photo. While, in the upper right, the star Regulus completes a cosmic cross. Near the horizon, comet C/2014 Q1 (PANSTARRS) displays its two tails as it traverses the Solar System.