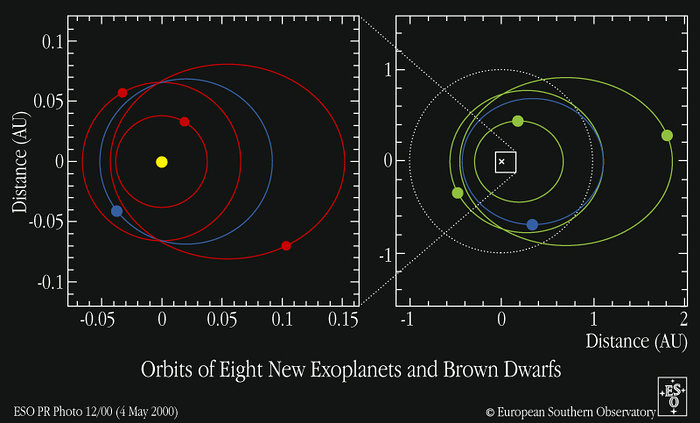 A representation of the sizes and shapes of the orbits of the eight new planetary and brown-dwarf candidates. The colours indicate the deduced minimum masses: about one Saturn mass or less (red); between 1 and 3 Jupiter masses (green); above 10 Jupiter masses (blue). The dashed line indicates the size of the Earth's orbit (radius 150 million km).