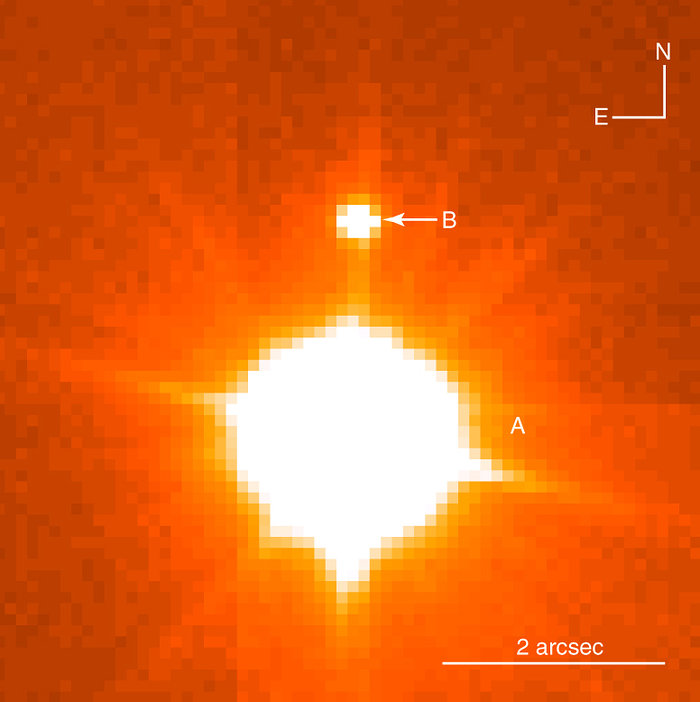 An image of TWA-5 A (lower, bright object) and TWA-5 B (upper), taken with the FORS-2 multi-mode instrument at the 8.2-m VLT/KUEYEN telescope on 21 February 2000. The integration time was 1 second through an I-band filter (wavelength 900 nm) with the high-resolution collimator (0.1 arcsec per pixel). The image quality is 0.18 arcsec FWHM (full-width-half maximum). The lines emerging from the bright image are caused by optical reflection in the telescope. The angular distance is 2 arcsec, cf. the indicated scale.