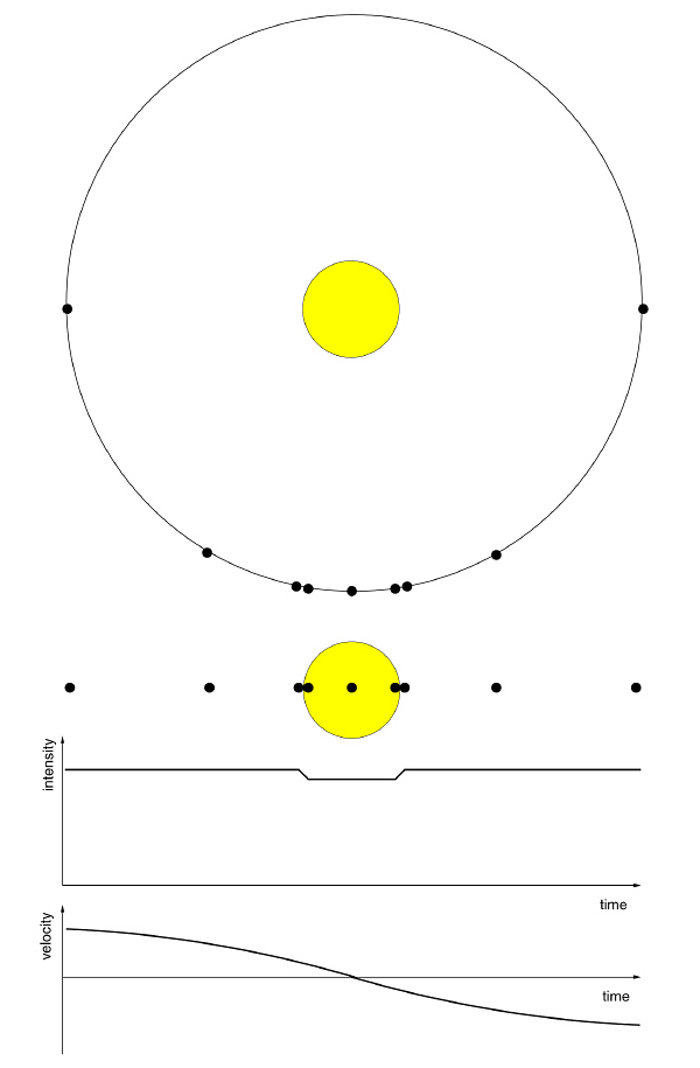 This diagram illustrates the relationship between the variations in stellar brightness and velocity, caused by an orbiting exoplanet that transits the disk of its central star. Consecutive positions of the planet in its (circular) orbit are marked by black dots, with the motion from left to right. The figure has been drawn to scale, i.e. the dots actually represent the size of the planet itself. At the top is the view of the planetary orbit from above - below a view from the Earth with the planetary transit. Further down, the lightcurve with a brightness (intensity) dip when the planet blocks a small part of the star''s light is shown, and at the bottom the corresponding change in the star''s velocity. Before the transit, when the planet moves towards us, the star moves in the opposite direction, i.e. away from us and the velocity is positive; during the transit, the relative velocity is zero and later is becomes negative as the star moves towards us.