The inner part of an active galactic Nucleus (artist's impression) 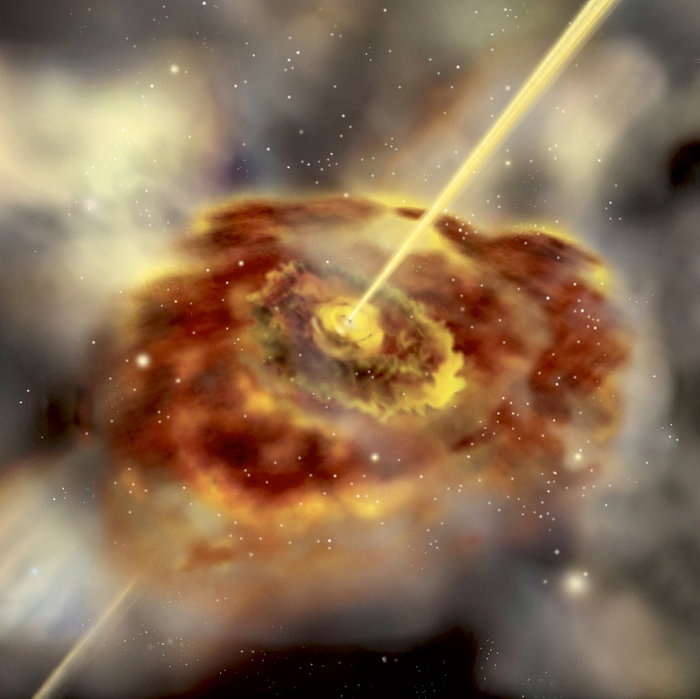 Artist's impression of an active galaxy that has jets. The central engine is thought to be a supermassive black hole surrounded by an accretion disc and enshrouded in a dusty doughnut-shaped torus. The torus of dust and gas can be seen orbiting a flatter disc of swirling gas. In the centre, the supermassive black hole is surrounded by a flat accretion disc of rapidly orbiting material. The jets are emitted at right angles from the plane of the disc. Courtesy Aurore Simonnet, Sonoma State University.