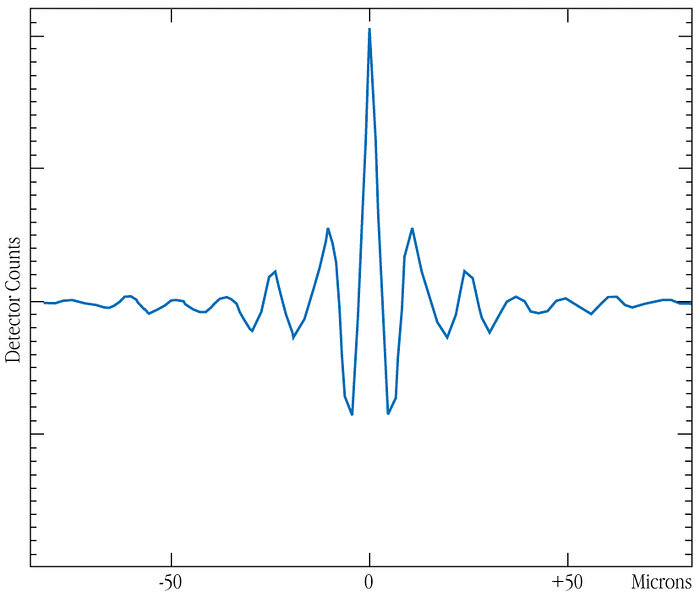 Interference fringes - the typical signature of interferometric measurements - observed on NGC1068, on the night of 15-16 June 2003 at 09:57 UT. The x-axis shows the optical path difference (OPD) between the two beams of the interferometer, in microns. Fringes are formed when the OPD is modulated several microns around zero. For this measurement, a prism covering the wavelength range 8-13 microns range was used. Therefore, spectrally dispersed fringes were measured. For the purpose of this illustration, the spectral channels have been summed into a single central wavelength. The team could obtain several such measurements over two nights, with a high consistency in the results. From the analysis of the reduced fringe contrast of NGC 1068 with respect to the calibrator (unresolved) star, they could deduce that the dusty torus at the heart of NGC 1068 has structures on scales of approximately 0.03 arcsec, corresponding to about 10 light-years at the distance of the galaxy.