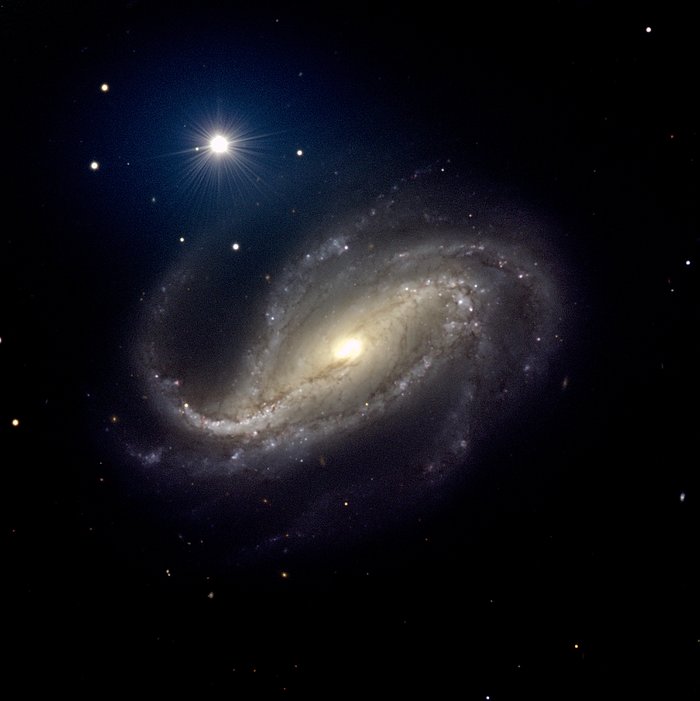 This image of the barred spiral galaxy NGC 613  was obtained with the FORS1 and FORS2 multi-mode instruments (at VLT MELIPAL and YEPUN, respectively) on December 16-18, 2001. It is a composite of three exposures in different wavebands, cf. the technical note below. The full-resolution version of this photo retains the original pixels. Note the many arms and the pronounced dust bands. North is up and East is left.