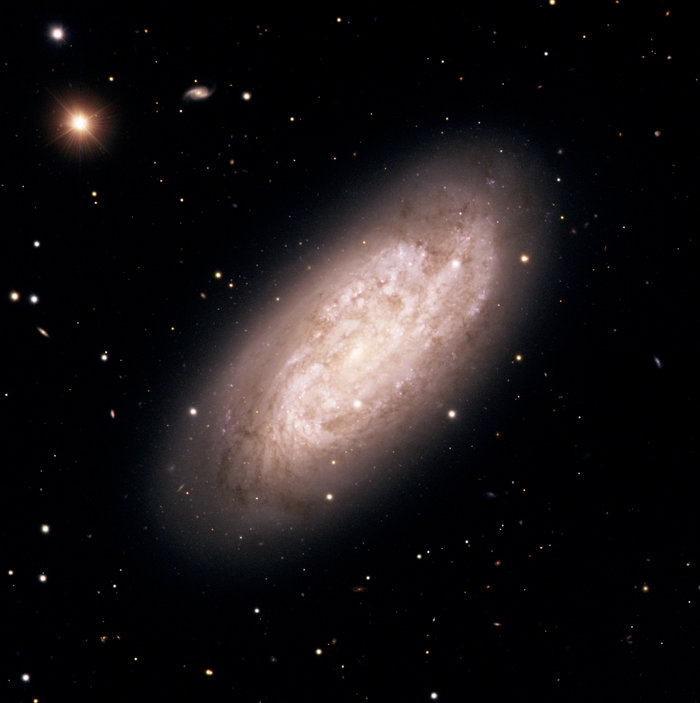 Colour composite image of the starburst spiral galaxy NGC 1792 obtained with the FORS1 and FORS2 multi-mode instruments (at VLT MELIPAL and YEPUN, respectively). Its optical appearance of NGC 1792 is quite chaotic, due to the patchy distribution of dust throughout the disc of this galaxy. It is very rich in neutral hydrogen gas - fuel for the formation of new stars - and is indeed rapidly forming such stars. The galaxy is characterized by unusually luminous far-infrared radiation ; this is due to dust heated by young stars. Note the numerous background galaxies in this sky field. North is up and East is to the left.