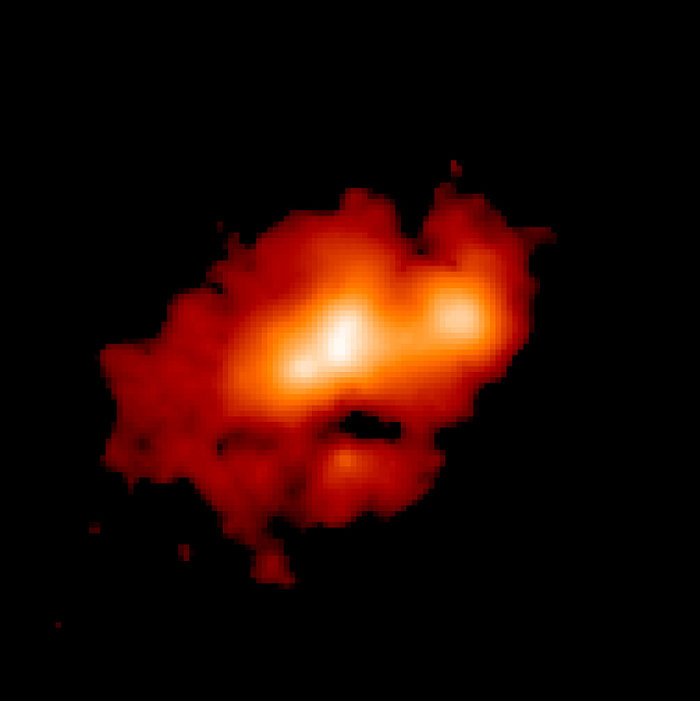 Image at wavelength 11.3 μm of the "nearby" (distance about 30 million light-years) blue compact galaxy He2-10, which is actively forming stars. The scale is 0.127 arcsec per pixel and the full field covers 15 x 15 arcsec with North at the top and East on the left. The total integration time for this observation is one hour. Several star forming regions are detected, as well as a diffuse emission, which was unknown until these VISIR observations. The star-forming regions on the left of the image are not visible in optical images.