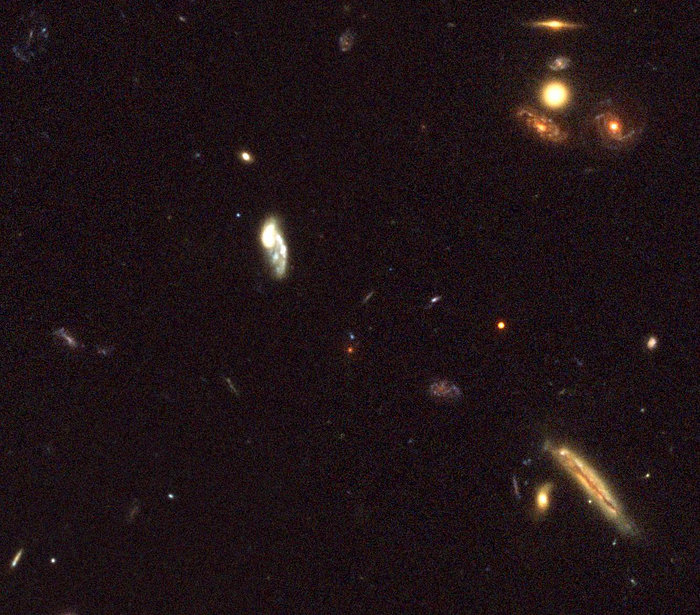 Small region in the K20 field centred on a z=1.9 redshift galaxy. The image is based on frames acquired by the Advanced Camera for Surveys (ACS) on the Hubble Space Telescope in the framework of the GOODS Public HST Treasury Program (P.I. M. Giavalisco, STScI, Baltimore, USA). They show the real colours of the galaxies. The four old massive spheroidal galaxies discovered in this survey appear very red compared to the other faint galaxies.