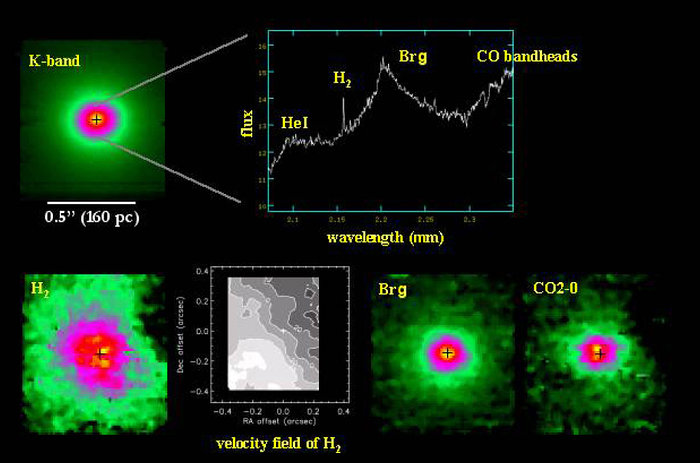 NGC 7469 was observed in K band (wavelength 2 µm) using the nucleus to guide the adaptive optics. The width of each slitlet was 0.025 arcsec and the seeing was 1.1 arcsec. The total integration time on the galaxy was 70 min "on-source". To the upper left is a K-band image (2 µm) of the central arcsec of the NGC7469 and to the upper right, the spectrum of the nucleus. To the lower left is an image of the molecular hydrogen line, together with its rotation curve. There is an image in the light of ionized hydrogen (Bracket-gamma line) at the lower middle and an image of the CO 2-0 absorption bandhead which traces young stars (lower right).