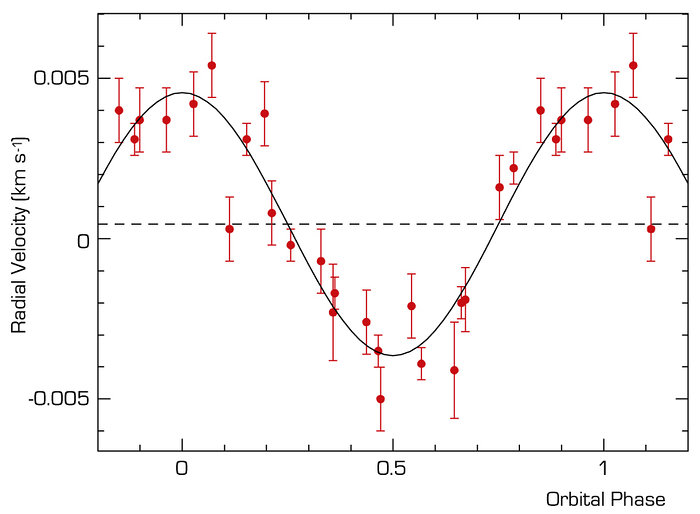 The HARPS radial velocity measurements phase-folded with the orbital period of the newly found exoplanet (9.5 days). The measurements have been corrected from the effect of the two longer period companions. The semi-amplitude of the curve is less than 5 m/s! Coupled with the 9.5 days orbital period, this implies a minimum mass for the newly discovered planet of 14 times the mass of the Earth.