Visit of president Lagos - I 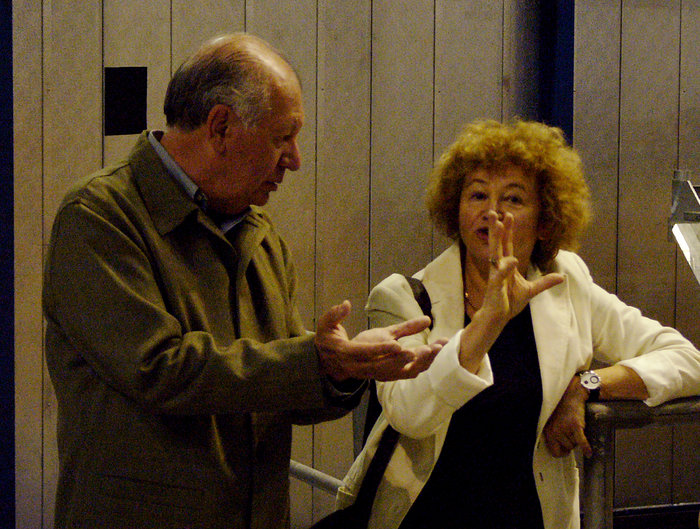 His Excellency the President of the Republic of Chile (2000-2006), Ricardo Lagos, together with the Director General of ESO (1999-2007), Catherine Cesarsky, discussing the VLT while visiting the enclosure for the 8.2-m Kueyen telescope. This image was taken during a visit of Ricardo Lagos to the Paranal Observatory in December 2004.