Near-infrared image of AB Doradus A and its companion 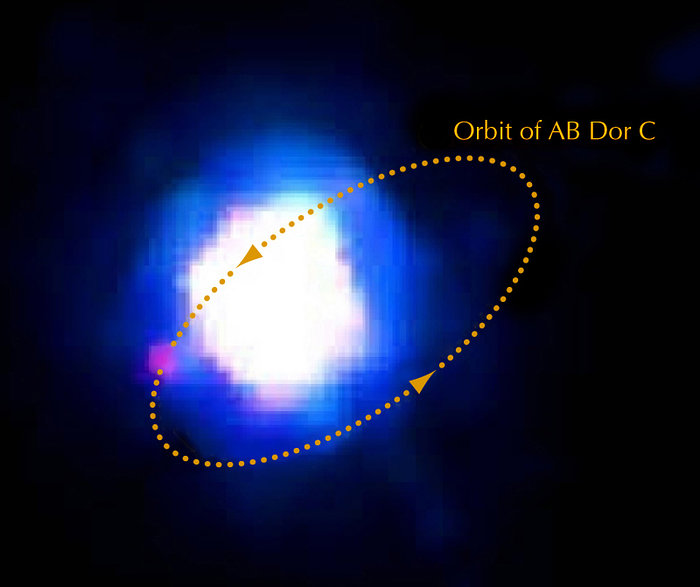 Enhanced, false-colour near-infrared image of AB Dor A and C. The faint companion "AB Dor C" — seen as the pink dot at 8 o'clock — is 120 times fainter than its primary star. The tiny separation between A and C, only 0.156 arcsec, is smaller than a one Euro coin seen at 20 km distance. Nevertheless, the new NACO SDI camera was able to distinguish it as a "redder" dot surrounded by the "bluer" light from AB Dor A. The orbit of AB Dor C around AB Dor A is shown as a yellow ellipse. It takes 11.75 years for the 93 Jupiter-mass companion to complete this orbit.