Artist's rendering of the 2M1207 system 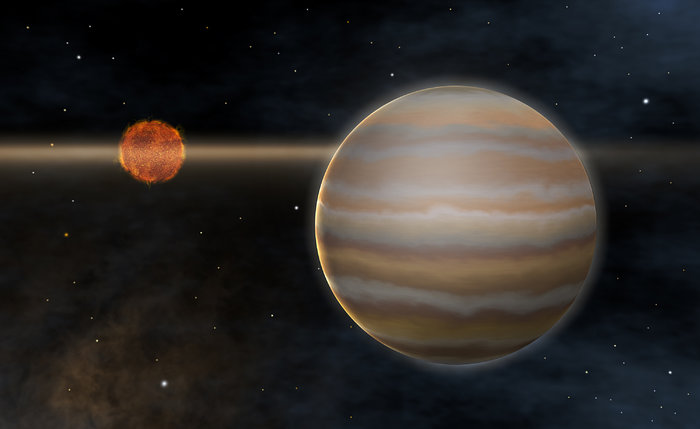 Artist's rendering of the first planet outside of our solar system to be imaged orbiting a brown dwarf (right). The giant planet is approximately five times the mass of Jupiter. Both objects are believed to be very young, less than 10 million years old. The brown dwarf is still surrounded by a circumstellar disc.

Credit:
ESO
Usage of ESO Images, Videos, Web texts and Music
Are you a journalist? Subscribe to the ESO Media Newsletter in your language.