Deep image of a region in Fornax 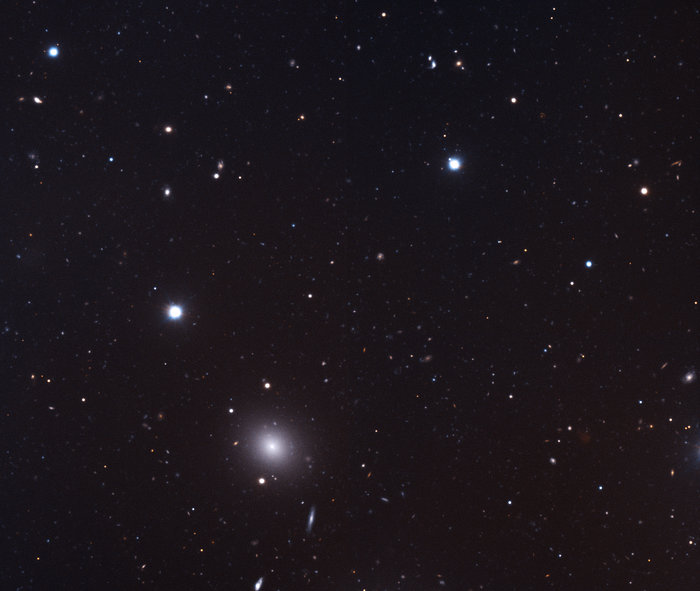 Composite image taken in two bands (B and R) with VLT/FORS1 of a small portion of the sky (field-of-view 7x7' or 1/15th of the area of the full moon). The faintest object seen in the image has a magnitude 26 ; that is, it is 100 million times fainter than what can be observed with the unaided eye. The bright elliptical galaxy in the lower left quadrant is a dwarf galaxy that is part of a large nearby cluster in the Fornax constellation. As for all deep images of the sky, this field shows a variety of objects, the brightest punctual sources being stars from our galaxy. By far the field is dominated by thousands of faint background galaxies, the colours of which are related to the age of their dominant stellar population, their dust content and their distance. An Einstein ring is visible in the top right part of the image. ESO Press Photo eso0521b zooms-in on the position of the newly found cosmic mirage.