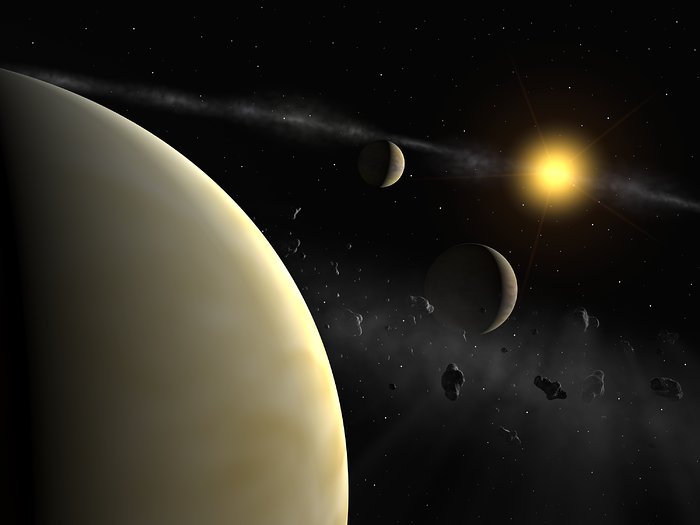 The HARPS measurement reveal the presence of three planets with masses between 10 and 18 Earth masses around HD 69830, a rather normal star slightly less massive than the Sun. The planets' mean distance are 0.08, 0.19, and 0.63 the mean distance between the Earth and the Sun. From previous observations, it seems that there exists also an asteroid belt, whose location is unknown. It could either lie between the two outermost planets, or farther from its parent star than 0.8 the mean Earth-Sun distance.