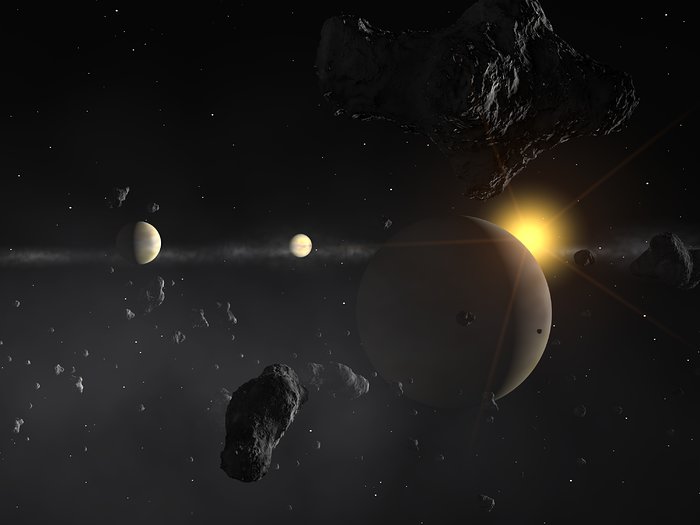 Using the ultra-precise HARPS spectrograph on ESO's 3.6-m telescope at La Silla (Chile), a team of European astronomers have discovered that a nearby star is host to three Neptune-mass planets. The innermost planet is most probably rocky, while the outermost is the first known Neptune-mass planet to reside in the habitable zone. This unique system is likely further enriched by an asteroid belt. This view portaits a point of view inside the asteroid belt, which is assumed here to lie between the two outermost planets.