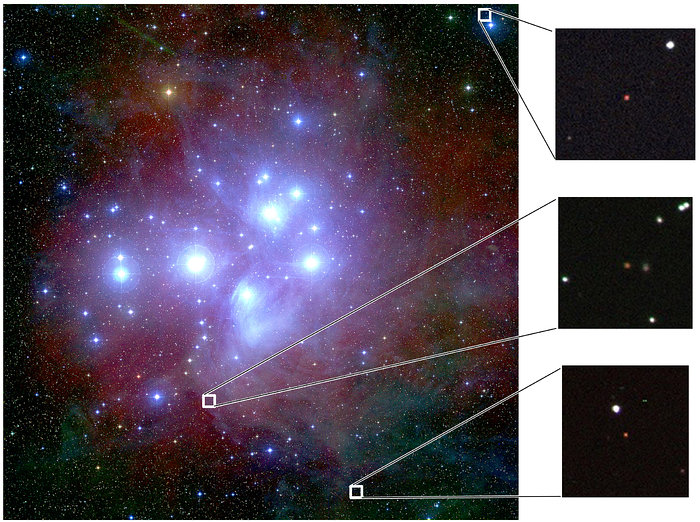 The large blue image shows an optical picture of the Pleiades star cluster, which lies around 400 light-years from the Sun and is thought to be typical of the regions where stars form in our Galaxy. The three close-up images show three objects that may be brown dwarfs that have been found in UKIDSS data. In each case, the colour scheme indicates that the stars are much cooler (i.e. redder) than other stars that happen to lie in the line of sight. If further study confirms that these objects are indeed members of the Pleiades star cluster, then they will likely have masses around 4% of the Sun, or around 40 times the mass of the planet Jupiter. Credit: UKIDSS and Palomar Observatory Sky Survey Schmidt plates.