The field around Baade's window 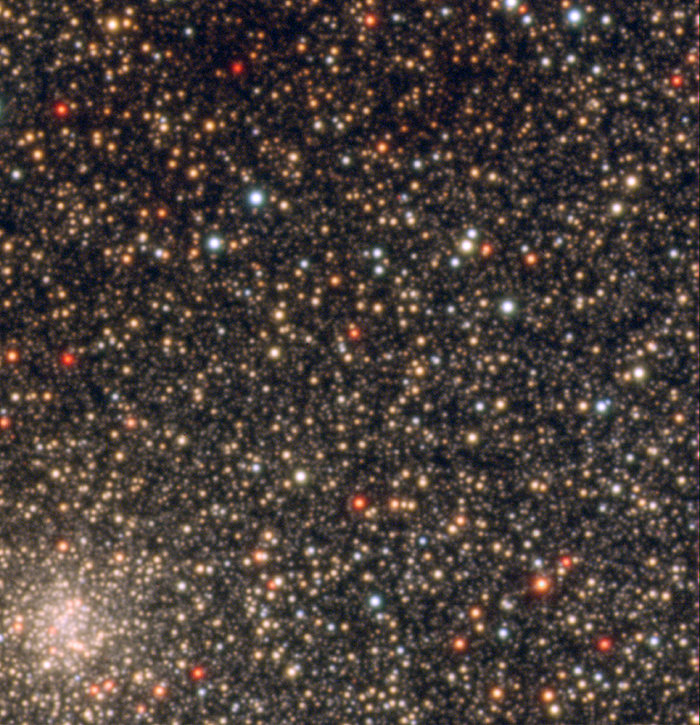 Part of one of the four regions of the sky in the direction of the Galactic Bulge in which the astronomers measured the iron and oxygen abundances in stars. This particular field is in the vicinity of the so-called 'Baade's Window', a region with relatively low amounts of interstellar "dust" that could block the sight, allowing astronomers to peer into the central parts of the Milky Way galactic centre and beyond. The globular cluster NGC 6528 is visible in the lower left corner. The image is a colour composite, based on images obtained in the B-, V-, and I-filters with the FORS instrument on the ESO VLT. The images were extracted from the ESO Science Archive and processed by Henri Boffin (ESO). North is to the right and East on top