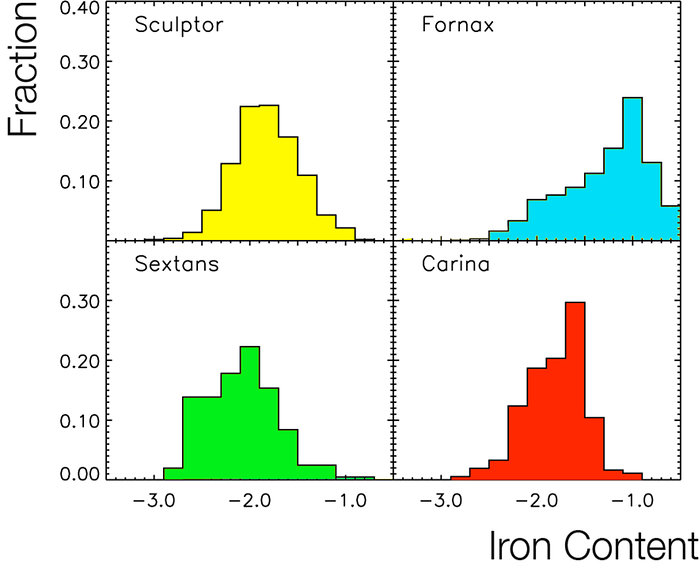 Distribution of the iron content (in logarithmic scale) in four dwarf neighbouring galaxies of the Milky Way (Sculptor, Sextans, Fornax, and Carina), shown as relative fraction, as derived from the FLAMES/VLT observations. There is a great diversity from system to system, which reflects their widely different star formation and chemical enrichment histories. There is, however, a common denominator: contrary to naive expectations, there is a dearth of stars with very low amount of iron.