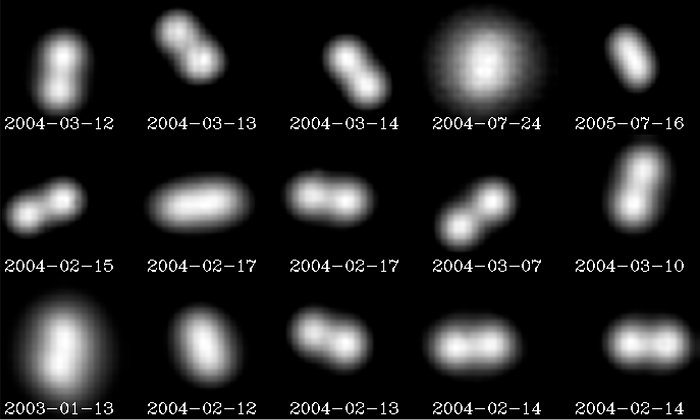 VLT observations of the double asteroid (90) Antiope during 2004. The adaptive optics NACO instrument was used, allowing the astronomers to perfectly distinguish the two components and so, precisely determine the orbit. The two objects are separated by 171 km, and they perform their celestial dance in 16.5 hours. The adaptive optics observations could, however, never resolve the shape of the individual components as they are too small.