Light curve of a gamma-ray burst 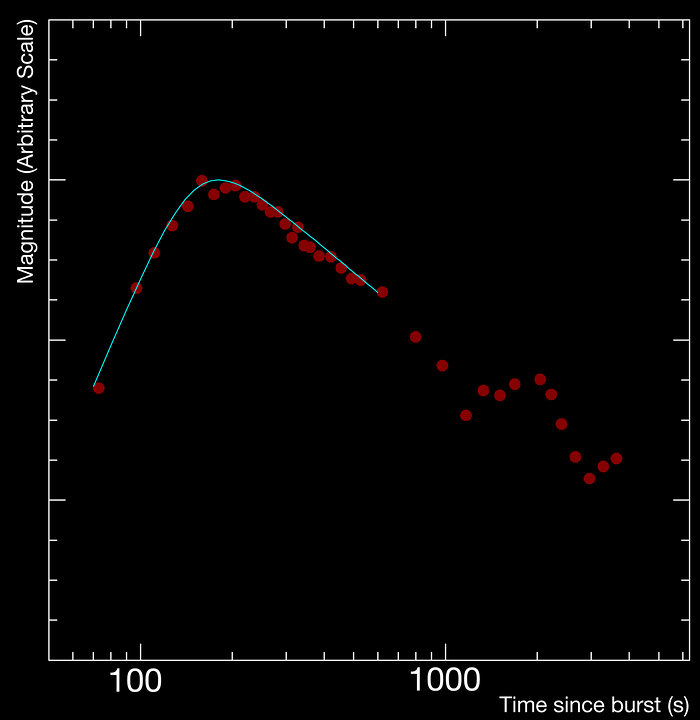 Light curve of the gamma-ray burst of 7 June 2006, GRB 060607A. The red dots are the data obtained with the REM telescope observing the afterglow (in the near-infrared H-band) of the burst from 73 seconds after the explosion. The blue line is a fit to the data, allowing the astronomers to determine the peak of the light curve and so, derive the velocity of the material.