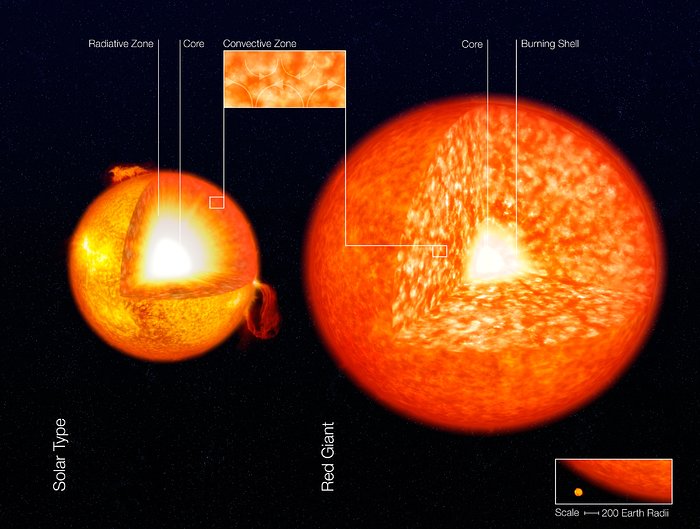 Artist's impression of the structure of a solar-like star and a red giant. The two images are not to scale - the scale is given in the lower right corner. It is common to divide the Sun's (and solar-like stars') interior into three distinct zones: The uppermost is the Convective Zone. It extends downwards from the bottom of the photosphere to a depth of about 15% of the radius of the Sun. Here the energy is mainly transported upwards by (convection) streams of gas. The Radiative Zone is below the convection zone and extends downwards to the core. Here energy is transported outwards by radiation and not by convection. From the top of this zone to the bottom, the density increases 100 times. The core occupies the central region and its diameter is about 15% of that of the entire star. Here the energy is produced by fusion processes through which hydrogen nuclei are fused together to produce helium nuclei. In the Sun, the temperature is around 14 million degrees. In red giants, the convection zone is much larger, encompassing more than 35 times more mass than in the Sun.