ESO celebrates 10 years since first light of the VLT 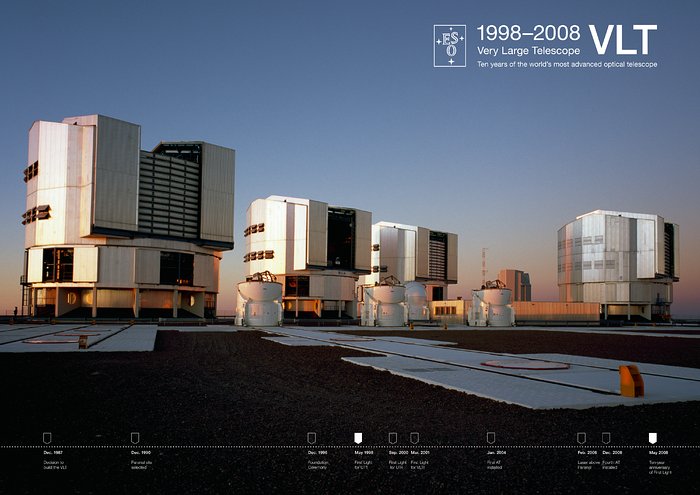 27 May 2008 marked the 10th anniversary since First Light with ESO's Very Large Telescope (VLT), the most advanced optical telescope in the world. The VLT has evolved into a unique suite of four 8.2-m Unit Telescopes (UTs) equipped with no fewer than 13 state-of-the-art instruments, and four 1.8-m moveable Auxiliary Telescopes (ATs). The telescopes can work individually, and they can also be linked together in groups of two or three to form a giant 'interferometer' (VLTI), allowing astronomers to see details corresponding to those from a much larger telescope.