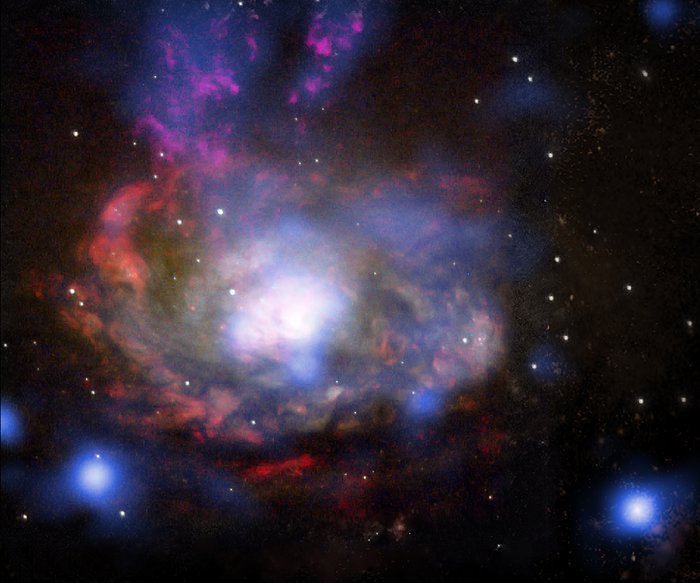 This composite image shows the central regions of the nearby Circinus galaxy, located about 12 million light years away. Data from NASA's Chandra X-ray Observatory is shown in blue and data from the NASA/ESA Hubble Space telescope is shown in yellow ("I-band"), red (hydrogen emission), cyan ("V-band") and light blue (oxygen emission). The blue source near the lower right hand corner of the image is the supernova SN 1996cr, that has finally been identified over a decade after it exploded. The supernova was first singled out in 2001 as a bright, variable object in a Chandra image, but it was not confirmed as a supernova until years later, when clues from a spectrum obtained with ESO's Very Large Telescope led the team to start the real detective work of searching through data from 18 different telescopes, both ground- and space-based, nearly all of which was in the archives. SN 1996cr is one of the nearest supernovae in the last 25 years.