The region around the massive star IRS2 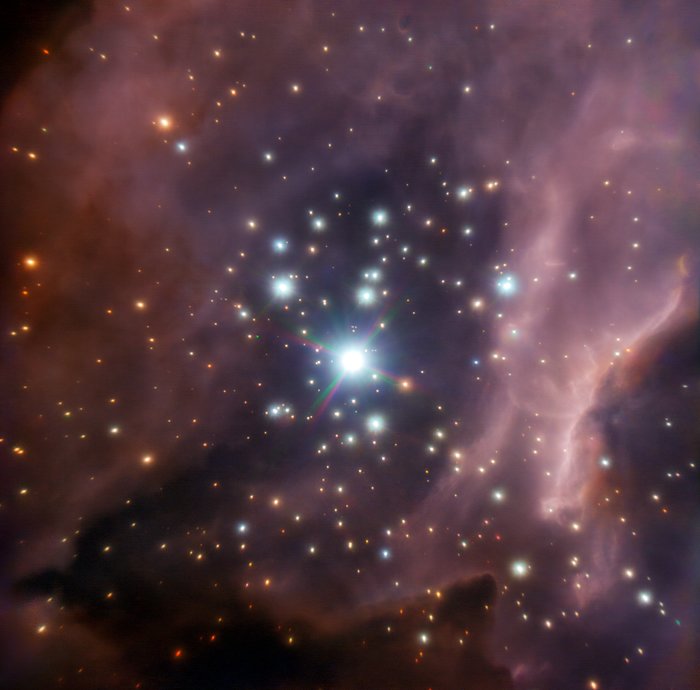 Colour composite image of the central part of the stellar cluster RCW 38, around the young, massive star IRS2, taken with the NACO adaptive optics instrument attached to ESO's Very Large Telescope. Thanks to this image, astronomers were able to discover that IRS2 is in fact a twin system composed of two almost equally massive stars. The astronomers also found a handful of protostars – the faintly luminous precursors to fully realised stars – and dozens of other candidate stars that have eked out an existence here despite the powerful ultraviolet light radiated by IRS2.

The image is based on near-infrared data taken through three different filters (J, H and K). The field of view is about 1 arcminute across.