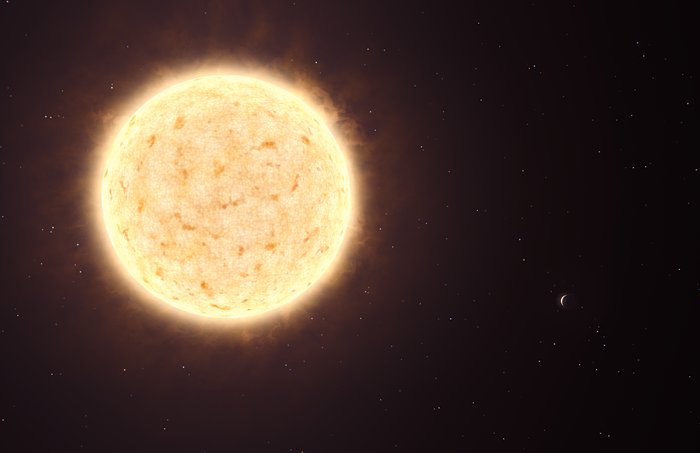 This artist’s impression shows HIP 13044 b, an exoplanet orbiting a star that entered our galaxy, the Milky Way, from another galaxy. This planet of extragalactic origin was detected by a European team of astronomers using the MPG/ESO 2.2-metre telescope at ESO’s La Silla Observatory in Chile. The Jupiter-like planet is particularly unusual, as it is orbiting a star nearing the end of its life and could be about to be engulfed by it, giving clues about the fate of our own planetary system in the distant future. The planet appears as a crescent at the lower-right of its parent star.