X-rays, dark matter and galaxies in the cluster Abell 2744 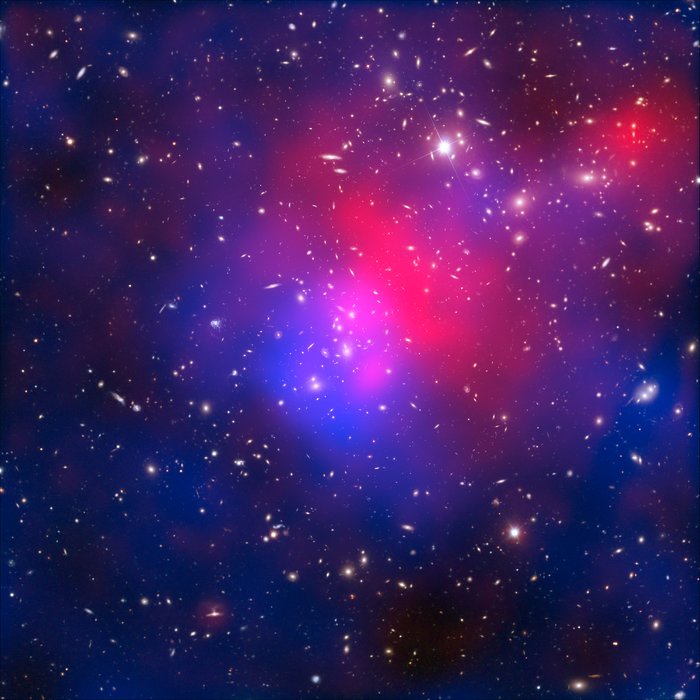 This image combines visible light exposures of galaxy cluster Abell 2744 taken by the NASA/ESA Hubble Space Telescope and the European Southern Observatory’s Very Large Telescope, with X-ray data from NASA’s Chandra X-ray Observatory and a mathematical reconstruction of the location of dark matter.

The galaxies in the cluster, while they are the only part that is visible in the optical part of the spectrum, actually only provide around 5% of the mass in the cluster.

Hot intracluster gas (shown in pink, and responsible for around 20% of the mass in the cluster) is visible through its X-ray emissions, observed by NASA’s Chandra satellite.

Analysis of this data has allowed scientists to observe some strange phenomena in Abell 2744, including a pocket of dark matter with no gas or galaxies, and a clump of galaxies with no associated gas. Astronomers believe that Abell 2744 formed from the simultaneous pile-up of at least four separate clusters.