The flames of Betelgeuse 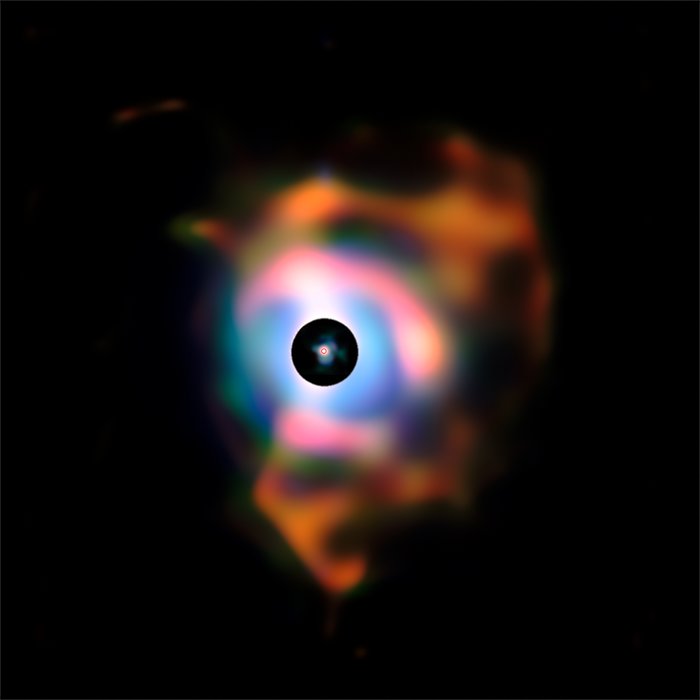 This picture of the dramatic nebula around the bright red supergiant star Betelgeuse was created from images taken with the VISIR infrared camera on ESO’s Very Large Telescope (VLT). This structure, resembling flames emanating from the star, forms because the behemoth is shedding its material into space. The earlier NACO observations of the plumes are reproduced in the central disc. The small red circle in the middle has a diameter about four and half times that of the Earth’s orbit and represents the location of Betelgeuse’s visible surface. The black disc corresponds to a very bright part of the image that was masked to allow the fainter nebula to be seen.