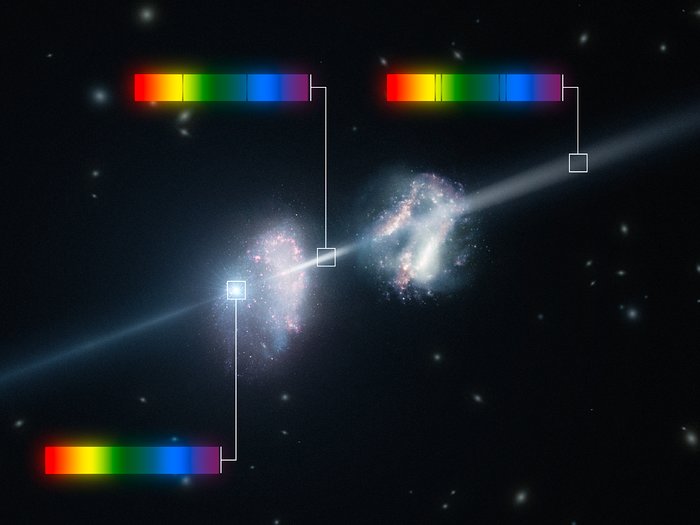 This artist’s impression shows two galaxies in the early Universe. The brilliant explosion on the left is a gamma-ray burst. As the light from the burst passes through the two galaxies  on the way to Earth (outside the frame to the right) some colours are absorbed by the cool gas in the galaxies, leaving characteristic dark lines in the spectrum. Careful study of these spectra has allowed astronomers to discover that these two galaxies are remarkably rich in heavier chemical elements.
Credit: